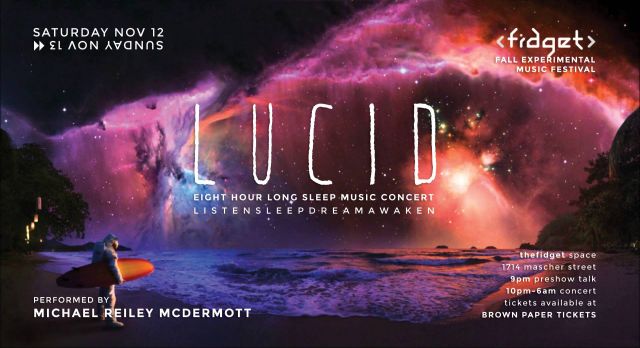 For the second time this year, composer and <fidget> artist-in-residence Michael Reiley McDermott will perform an overnight sleep music concert.

Lucid will be an 8-hour sleep music performance exploring the liminal space between sleeping, dreaming, meditating and listening. As participants sleep and explore their lucid dream space McDermott will create a soothing, supportive, continuous score exploring the themes of death, bardo and rebirth found in “The Tibetan Book of the Dead”.

The concert begins at 10pm Saturday and will go until 6am Sunday morning. Please bring sleeping bags and blankets for your journey. There will be wine and dream tea available. Come early for a pre-show talk by McDermott and <fidget> co-director Peter Price at 9pm.

As preparation for this sleep music concert I took part in a Dream Over at the Rubin Museum in NYC last week. It was a magical night sleeping among ancient Buddhist artifacts and artwork and sharing the space with dozens of other dreamers. You can read a review of the event at Artsy.

In August 2016 I traveled to the Northwest United States to do some field recording for my Echozoo project. The idea was that I would record some ambient sounds from habitats from a biologically unique place in North America for designing the imaginary sound habitats for Echozoo. My travels took me to Glacier National Park and the National Bison Reserve in Montana, Turnbull Wildlife Refuge and Hoh National Forest in Washington.

Of these four locations I found the Hoh Rainforest to be such a unique land and soundscape. I decided to create a sonic portrait in my Sonic Photography series of sounds recorded in the Hoh Rainforest. I spent two nights staying in a tent at Huckleberry Lodge. TV personality Mick Dodge from the National Geographic show The Legend of Mick Dodge lives at this lodge. Mick and I had some nice conversations about the sonic characteristic of the Hoh Rainforest. He told me about the low growl of Hoh River and its connection with the native Hoh tribe which found its way into this piece.

With this Hoh Rainforest piece and many of these Sonic Photographs, I am attempting to create a liminal journey between the real and imagined sound world of an environment. Like a photographer who would use photographic development techniques, I work with collage, saturation, filtering and creative lighting to reframe the beautiful sounds of this rainforest as a surrealistic journey for the ears and mind. 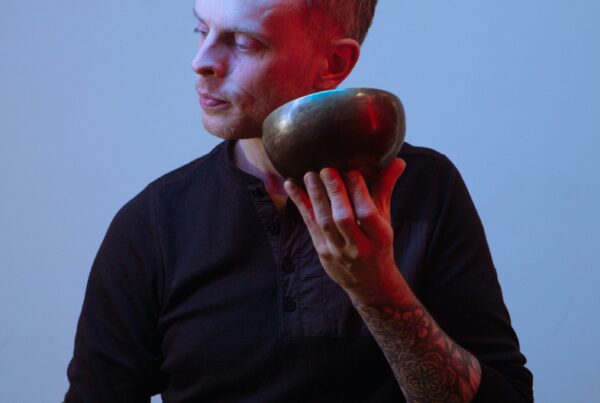 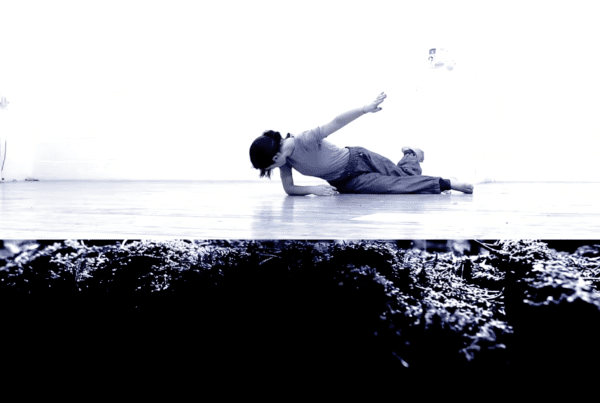 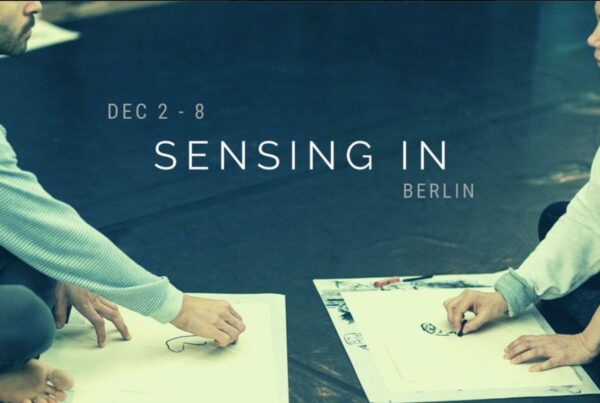