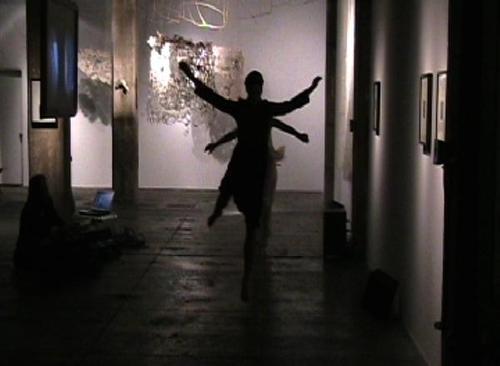 This was our first of many improvised performances as NEXUS Gallery in Kennington for the Paraphrase/NEXUS series. Bilwa became a member of NEXUS in 2007 and started a series Paraphrase where sound and movement artists would come and respond to artwork in the gallery with a performance of their work.

This performance is improvised music from Mikronesia (radios and fx) and Bilwa (balloons and fx) performing music while Emily Sweeney and Rebecca Patek perform dance in an installation by Jodi Sweitzer And Elaine M. Erne.