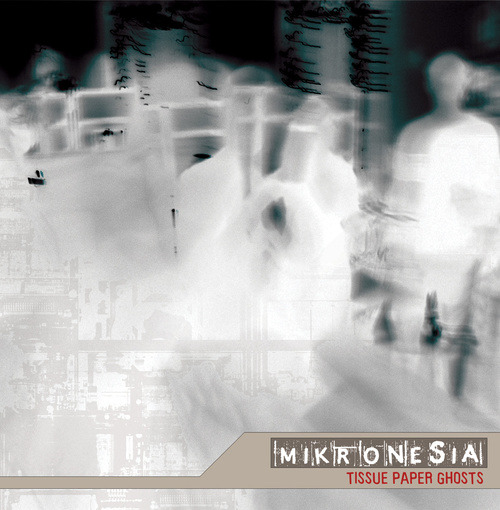 Tissue Paper Ghosts was my first official Mikronesia album released on Gear of Sand in February of 2006. The album is a loose concept album based on the psychic remains of a car crash. It was a real time capsule for where I was sonically at that time. It contains lots of DSP and computer based glitch processing of synthesizers, voices and percussion. The late musician, artist and spiritual traveler Flakes added some vocals to the track “Long Walk Up 611”. The album was very well received in the press and several choreographers have used tracks from TPG for their scores. Here’s a press release from Gear of Sand.

Tissue Paper Ghosts is a work of breathtaking ethereal ambient glitch. Mikronesia’s sound has flashes of Monolake and others in the world of clicks and cuts and trance-like minimal techno, but as a professionally trained musician with a keen sense of melody and rhythm he is able to really catapult his musical vision into a very special zone of listening. Originally released on Gears of Sand (GOS13).